I am a composer-arranger specializing in the writing of symphonic, chamber and jazz music.
I also offer you my skills as a music director for your project.

I cultivated the significance of Composition and Arrangement through courses taken at IRCAM, which is the Musical Acoustic Coordination Research Institute, in Paris.  At that time, the Institute was under the direction of the renown composer and conductor, Pierre Boulez.

Later, I recorded a number of albums and put myself at the service of other artists.  I composed music for films, ballets, and works for symphonic orchestras.  I was influenced by listening to contemporary composers such as Luciano Berio, György Ligeti, and Karlheinz Stockhausen.  Also impacted by composers of the 20th Century, Ravel, Prokofiev, Stravinsky, whose effect is noticeable at times in my compositions, which contributes to my fondness for jazz and rock.

Thank you for reading and see you soon!

« First of all, I make music for pleasure
and afterward, I look at who to share
this pleasure with… » 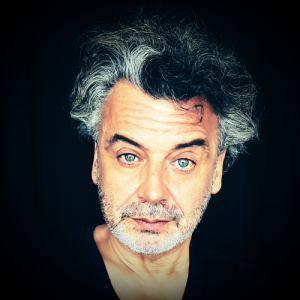